RSG, South Africa’s largest Afrikaans radio station, has been on the air for 75 years. To celebrate their 75th birthday, they briefed The Suits to create a national print campaign that will intrigue a younger audience and get the media buzzing.

The interactive print ads gave readers the opportunity to listen to key moments in South Africa’s history: An interview with world-renowned heart surgeon Chris Barnard after he performed the world’s first heart transplant; the live broadcast of South Africa’s winning drop goal in the 1995 Rugby World Cup; and many more. The ads showcased the pivotal role that RSG played as one of our country’s leading reporters.

The campaign received massive amounts of media attention, was voted No#2 on the Rapport newspaper’s “Top 6 things to know now” list and was also nominated for two prestigious Pendoring awards in the categories: Outdoor Posters and Magazine Print Ads. 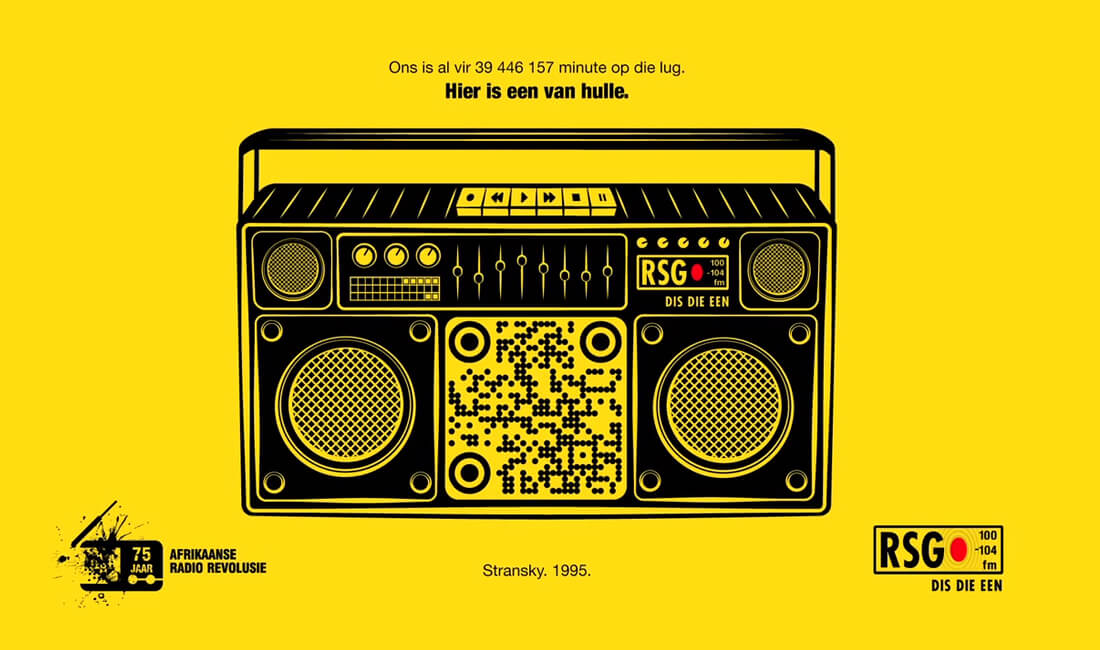 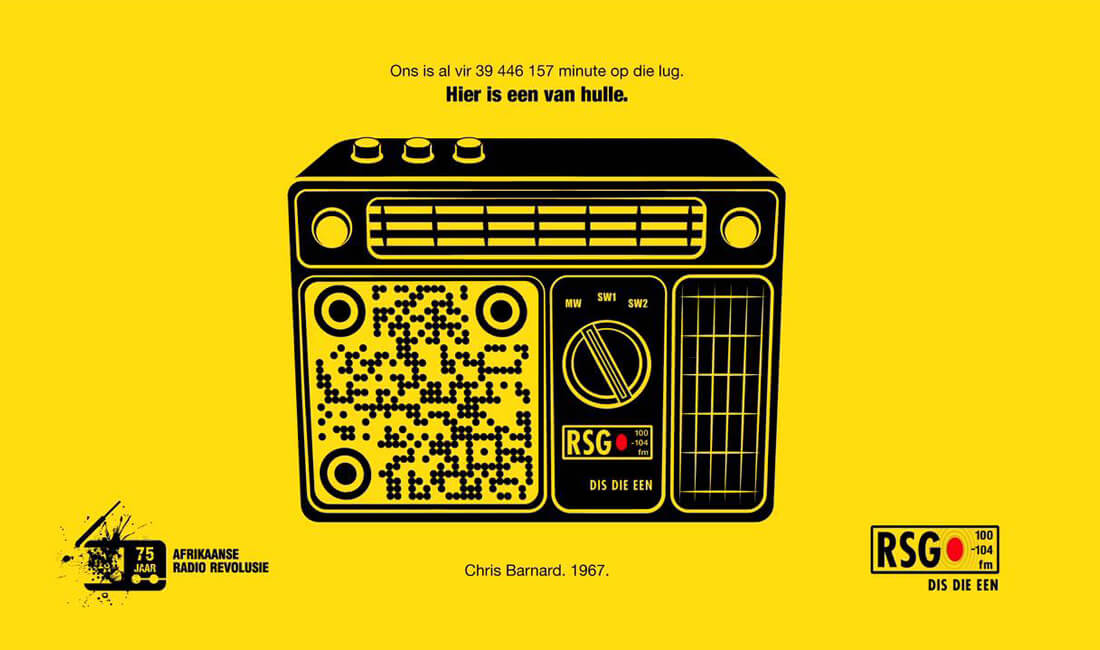